Currently downloading and installing a patch approximately half the size of the game itself. Oi.

Now, if you bought your computer from a reputable retailer and it's reasonably new, this probably won't be a huge problem.

However, if you're like me and decided to build your computer yourself, despite being both cheap AND lacking any actual computer knowledge whatsoever, this will probably take the better part of a day.

So far, though, I've noticed a few changes they've made without even starting up the game. For example, they've updated their launcher! 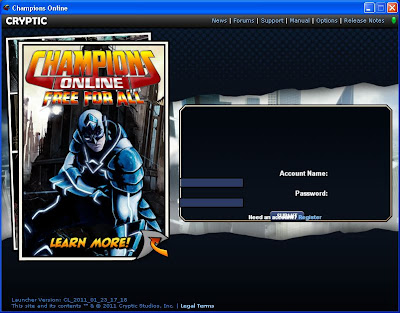